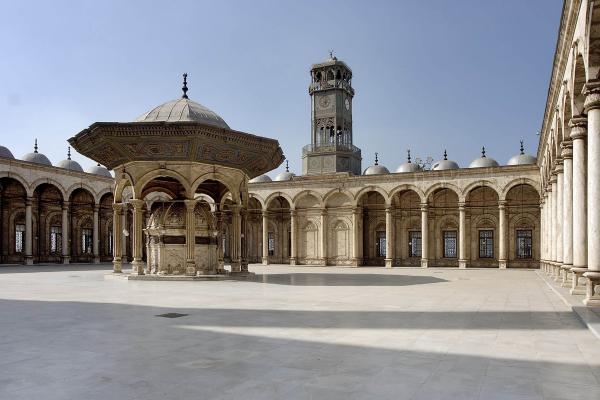 Last week, I met with Dr. Alam Payind, Director of the Middle East Studies Center at Ohio State to discuss al-Qaeda in the Arabian Peninsula’s growth in Yemen, and how it happens. Yemen has been in civil war since 2015 that now involves many groups: Houthi rebels who are believed to be supported by Iran, the Hadi government, a Saudi Arabia-US coalition in support of the Hadi government, al-Qaeda in the Arabian Peninsula (AQAP), and other non-aligned tribal groups. Last month, my blog post detailed how AQAP has been able to take advantage of instability in the country to grow its operations and at times govern territory.(1) On this note, Dr. Payind says,

“These terrorist groups always take advantage of the weak central governments and the civil wars, when people are fighting against each other, and what happens? The government is fighting against 2 or 3 different groups, and the central government becomes very busy, and that’s what the terrorist groups take advantage of, they exploit these weaknesses: military, police, intelligence, and economic weaknesses in that country. They flourish.”

Dr. Payind likens such terrorist organizations to a disease, in an analogy,

“When I talk to leaders in Afghanistan and Pakistan who are fighting terrorist groups, they call them a sort of disease, which always thrives on a weak body… A weak body is always attacked by germs, and a strong body can defend itself. Yemen is one of those [weak bodies]. It is almost a failed state, and Al-Qaeda and others thrive there. Afghanistan was a failed state when the Soviet Union and the US left, and al-Qaeda and the Taliban came to power.”

Another aspect of instability that often allows extremist groups to flourish and grow their memberships in these nations is corruption. Dr. Payind believes this is a matter of utmost importance that has been largely unaddressed. He says,

Indeed, Transparency International’s Corruption Perceptions Index ranks Yemen as Highly Corrupt, one of the worst-ranked nations for corruption, coming before only Afghanistan, Syria, South Sudan, and Somalia.(2) The index ranks 180 countries and territories by their perceived levels of public sector corruption according to experts and businesspeople. The scale is from 0 to 100, where 0 is highly corrupt and 100 is very clean. Yemen’s score in 2017 was 16, which represents a steady decrease from when the score was at 23 in 2012.(2) 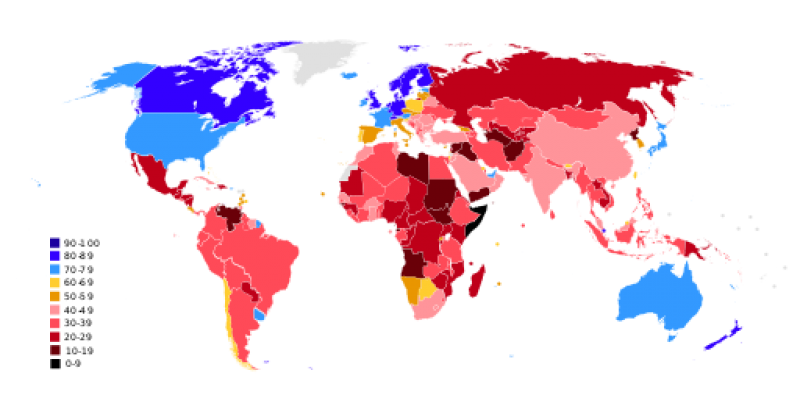 Map of the 2017 Corruption Perception Index.(2)

This may help to explain why al-Qaeda in the Arabian Peninsula was able to quadruple its membership from 2014-2015 (3), and how it has been successful to some degree in involving local Yemeni tribes in its leadership. When AQAP ruled over the city of Mukalla in 2015-2016, some residents expressed that they favored AQAP’s governance over that of the Yemeni government, since they were able to implement efficient courts and public works projects.(4) Unfortunately unless the conflict is resolved or de-escalated soon, instability and corruption will continue and AQAP will continue to flourish and propagate the destabilization of Yemen, while the Yemeni people suffer from one of the world’s worst humanitarian crises.

[1] l'Auclair, Cheyenne. “Al-Qaeda Is Rising in the Wake of the Yemen Crisis.”