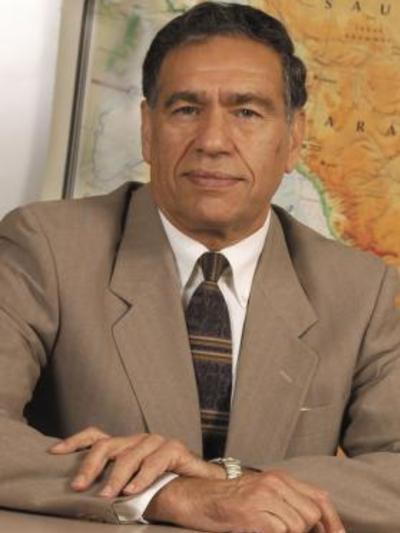 Alam Payind, Director of the Middle East Studies Center at the Ohio State University since 1986.

Dr. Alam Payind is the Director of the Middle East Studies Center (MESC), a senior teaching member of the International Studies Program and the Near Eastern Languages and Cultures department, a liaison for the Office of International Students and Scholars, and a member of University's International Programs Task Force. Born and raised in Afghanistan, and previously a holder of government and academic positions in Kabul, he speaks Pashto, Dari and Urdu with native fluency. He continues to conduct field work, provide consultations on a regular basis in Afghanistan and has visited the country 13 times since September 11th, 2001. He travels extensively within the Afghan borders, and during recent trips he has been witness to the Taliban's resurgence in Kandahar, Helmand, Zabul, and other provinces of Afghanistan.  He has recited the poetry of Khosh alKhan Khatak, Hafiz, Maulana Jalal Eddin Rumi to audiences throughout the world, and many others from the Pashto, Persian, Urdu cannons, in addition to his own works.

Dr. Payind served in the Afghan government as the Director General of Cultural and Foreign Relations, and was a professor at Kabul University before the Soviet invasion in 1979 forced him to seek refuge in the US.  Dr. Payind has seen Afghanistan through many phases: under King Zahir Shah, President Dawud, the ten-year Soviet occupation of Afghanistan, the Mujahiddin regime, followed by the Taliban regime, and the US-led invasion of Afghanistan, and subsequent Karzai government.  Unlike most political scientists, he has fluency in the languages of the region he studies and literary competence, as well. His combination of academic qualifications and life experience uniquely qualifies him to give the cultural, historical, and current social context for recent events.

Dr. Payind is a founding member of the National Council of Area Studies Center Directors, and a board member and former president of the Eastern Consortium in Persian and Turkish. His concurrent appointments and position on the task force provide MESC with a strong link to the academic units charged with administering and realizing the university’s international vision and education goals. Dr. Payind has a direct impact on students lives as an advisor for Middle Eastern students adjusting to American educational system and culture, and to American students majoring in Middle Eastern and Islamic Studies. He teaches International Studies 2200: Introduction to the Modern Middle East, and the interdisciplinary upper-division International Studies 5645: Contemporary Issues in the Middle East, offered through International Studies and Near Eastern Languages and Cultures. He co-directs the Center's Summer Institute on Middle Eastern Cultures with Professor Merry Merryfield, and has taken the lead role in organizing area studies centers' support for her online course and web site on global studies and world cultures. In addition, he provides vital consultations to press and news agencies on Middle Eastern affairs and delivers an average of 70 public lectures on Middle Eastern issues per year.

Major Publications: "Keys to Understanding the Middle East" e-book and textbook for "Introduction to the Middle East; "Inside Afghanistan 23 Years After the Soviet Withdrawal" Journal of Asian and African Studies, 48(2), 2013; "For Afghans, A Start," Newsday Editorials, September 18, 2005; "The Ahrari Waqf in Kabul, 1546, and the Mughal Naqshbandiyyah," Journal of American Oriental Society 119.1, Jan- March 1999; "Afghanistan's Relations with It's Neighbors," Critique, 8, 1996; "Evolving Alternative Views on the Future of Afghanistan: An Afghan Perspective," Asia Survey, 33 1993; "Soviet-Afghan Relations from Cooperation to Occupation," The International Journal of Middle Eastern Studies, 21, 1989.