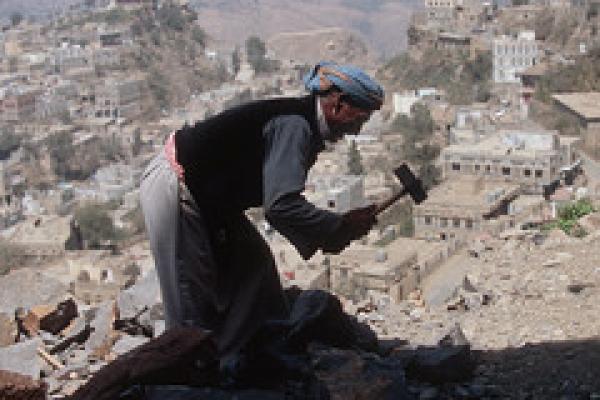 The crisis in Yemen is still getting worse as starvation, disease and destruction spreads. The country is battling a civil war and facing interference from outside country with high interests in the region. Supplies are running thin and the country is on the brink of famine. The conflict and civil war hasn’t been receiving enough international recognition and media coverage. As the situation worsens and Yemen will continue to suffer its grim consequences. With little to no international coverage, the crisis will go on without sufficient international outrage and pressure from the rest of the world for an end to the conflict or at the very least a cease fire.

There may be another cholera outbreak because of the blockade. Yemen has now run out of fuel. Fuel imports stopped as a result of the conflict. With the supply running out, sewage and water systems, which run on fuel, stopped operating.[1] This is significant because the first outbreak of the disease was caused by water and sewage system shutdown. The first outbreak, which has affected over 900,000 people now, began just 10 days after the sewage systems stopped working in Sanaa.[2] There is a lack of medical personnel, hospitals and clinics in Yemen. Hospitals still standing also won’t be able to “function without fuel.”[3] Without enough medical personnel and supplies, there will not be a strong enough force to fight against the spread of the disease.

Yemen is also famine stricken. Many Yeminis are dying from malnutrition and their numbers are increasing, “They warn that 3.2 million people are at risk of famine, and 150,000 malnourished children could die in the next month.”[4] As of now, there are about “130 children” dying daily.[5] The blockade will only increase mortality rate in Yemen. After the recent missile attack by Houthi rebels was fired and intercepted by the Saudi government near Riyadh airport, Saudi Arabia and its coalition has tightened the blockade and blocked all water, land and air access to Yemen.[6]

Presently, there isn’t much media coverage on the conflict in the international realm. When Saudi Arabia decided to lift the law that prevents women from driving recently, it seemed as though there was no coverage at all of the crises and that it was completely drowned out by other newsworthy topics. This is mainly because are present dangers and difficulties to report on Yemen. The lack of coverage is due mainly to three reasons:

“First, Houthi forces either forcibly disappear or put behind bars non-propagandist Yemeni journalists; second, Saudi Arabia is buying media silence along with hiring PR companies to polish its image in media; and lastly, independent foreign journalists do not have access to the country.”[7]

Saudi Arabia is constantly making it difficult to journalists and media personnel to access and report on the issues in Yemen.[8] Access to Yemen is not as difficult and as dangerous in comparison to Syria and Iraq, which are the world’s most dangerous places for journalists to access.[9] The Syrian and Iraqi conflicts though are directly affecting western audiences and are appearing more often on headlines.[10] Therefore, more journalists are making the daring trip to the Levant as opposed to Yemen. There has also been over 100 press violations against journalists as well as 6 journalists killed in the crossfires since the beginning of the conflict.[11]

There will be no clear end in sight for Yemen without proper media coverage and international pressure on Saudi Arabia and its supporters. Unfortunately, journalists are being pushed away from reporting the atrocities committed. The blockade will not only serve as a way of suffocating the Yemenis, but also tightening the hold on the country from being accessed by outsiders. Without a solution, Yemen will surely crumble even further from waterborne diseases, famine, and war.