Water Crisis in the Gaza Strip

Water Crisis in the Gaza Strip 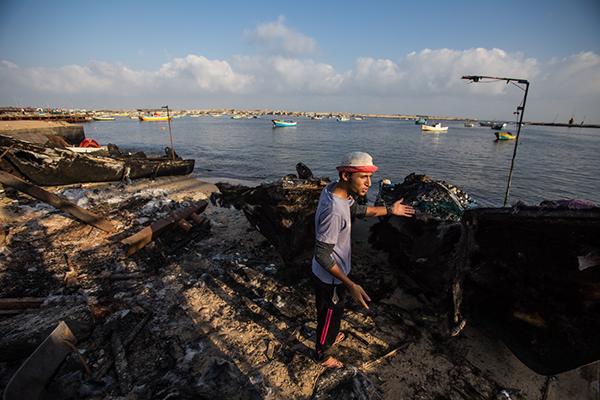 The Israeli-Palestinian Conflict has been a source of contention since the 1947 partition plan was approved by the United Nations General Assembly1. This conflict has forced more than 700,000 Palestinian Arabs to leave their homes and live in a state of subjugation1. Palestinian Arabs living in the West Bank and East Jerusalem are even subjected to military occupation by the Israeli forces1. The inequality between these two states is especially glaring in the Gaza Strip1. Israel, with cooperation from the Egyptian regime, has maintained control of air, sea, and land access to the strip1. Today, Gaza is subjected to an extreme military blockade that is interrupted by periodic military offensives1.

The current conditions in Gaza have made the area nearly uninhabitable2. After an eight-year economic blockade and three wars fought on Gaza soil, killing thousands of Palestinians, Gaza is in a state of crisis2. The war in 2014 has left the strip partially destroyed with about 500,000 people displaced2. Due to the Israeli blockade and the political feud between the Hamas and Abbas’ Palestinian Authority, any aid meant to alleviate the suffering of Gaza’s citizens has been reduced and the attempts at reconstruction are slow2. 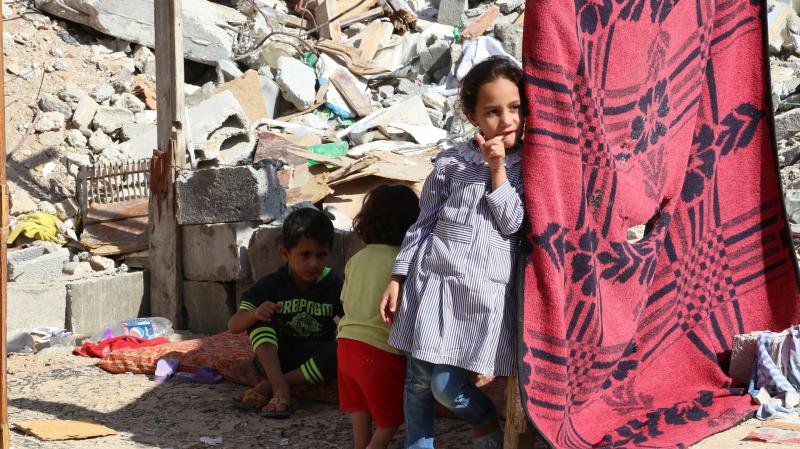 However, the effects of the deterioration of Gaza’s healthcare, education, and electricity is not just contained to the Gaza Strip. Due to the current electricity crisis, in which the two million residents of the strip receive about two hours of power a day3, Gaza’s waste treatment systems collapsed in 2016. With the pumping stations shut down, the sewage cannot be treated by aeration4. This means that raw sewage is seeping into Gaza’s rivers and groundwater4. These water sources connect directly to the Mediterranean Sea, meaning that the entire coast of the Gaza Strip has become severely polluted4. This widespread pollution threatens water security not only for Gaza, but also for any countries that rely on water sources in or around Gaza4.

While Israel refuses to supply Gaza with free electricity because they believe Hamas is using its resources for weapons buildup and terror activities, the power crisis and subsequent health hazards pose a significant security threat to Israeli citizens4. Due to the raw sewage flowing into the Mediterranean Sea, the marine fauna has begun to mutate in order to adapt to the ecological change4. Mutated algae have already had a negative effect on the water being pumped into the Israeli desalination plant in Ashkelon4. This means that the water must be filtrated twice, further complicating the distillation process4. Also, the lack of power means that Gaza hospitals have limited operational ability and are unable to treat infectious diseases4. The potential outbreaks of disease and the growing environmental damage will effect Israel directly4.

In 2015, the UN predicted that Gaza may be uninhabitable by 2020, but now the UN believes that the strip is already unlivable because over 90% of the water is undrinkable and there is little to no electricity being supplied to the area5. Even if the water was drinkable, it would still be inaccessible because the pipes used to carry water into apartments require electricity to work properly5. Citizens are forced to buy bottled water for eating and drinking5. However, they are still exposed to unsafe water when they shower or brush their teeth5. Electrical surges that occur when the electricity is supplied to the Gaza strip can damage appliances like laundry machines5. If these appliances require water, they can also be damaged by the harsh, untreated water5.

In addition to everyday inconveniences, the untreated wastewater in the Mediterranean Sea has caused serious damage to the lives of people living in Gaza6. The pollution has severely damaged the fishing industry, further aggravating the already failing economy6.  Also, contamination has led to a rise in water nitrate levels because pesticides from farms and raw sewage has seeped into the aquifers6. This has led to a “blue babies” phenomenon because nitrate can decrease the body’s blood-oxygen level4. This phenomenon causes babies who have ingested to polluted water to have blue-tinged skin due to hypoxia4. In order to stop the situation from becoming unsalvageable, if it hasn’t reached that point already, all of the political groups currently involved with the Gaza strip will need to work together in order to stop further contamination of the groundwater system and find new sources of potable water for the people in Gaza6. For the intervention to be succesful, Israel will need to lift the blockade so that equipment to rebuild the wastewater treatment systems can be brought in and Gaza can start to recover6. Without cooperation among these political forces, the situation will continue to worsen and the effects will be detrimental to any State that relies on the Mediteranean Sea or other water sources connected to Gaza's water supply.