Taming the Hydra: US Policy in Iraq in the Post-IS Landscape

Taming the Hydra: US Policy in Iraq in the Post-IS Landscape 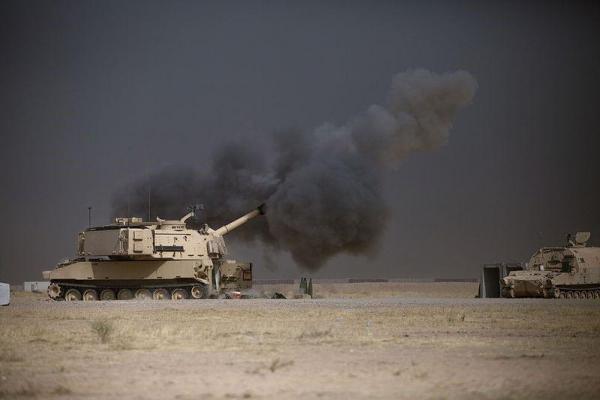 On Monday October 17, 2017,the battle to retake the Iraqi city of Mosul from the hands of the so-called Islamic State (IS) began. The offensive, which is a joint operation between troops from the Iraqi army, the Kurdish Peshmerga, and a Shia paramilitary force.  It is augmented by US airstrikes, was announced by Iraqi Prime Minister Haider al-Abadi on state television. A city both strategically and symbolically important to IS, Mosul is said to contain between 5,000 and 8,000 militants who have controlled the city since the summer of 2014 [1]. 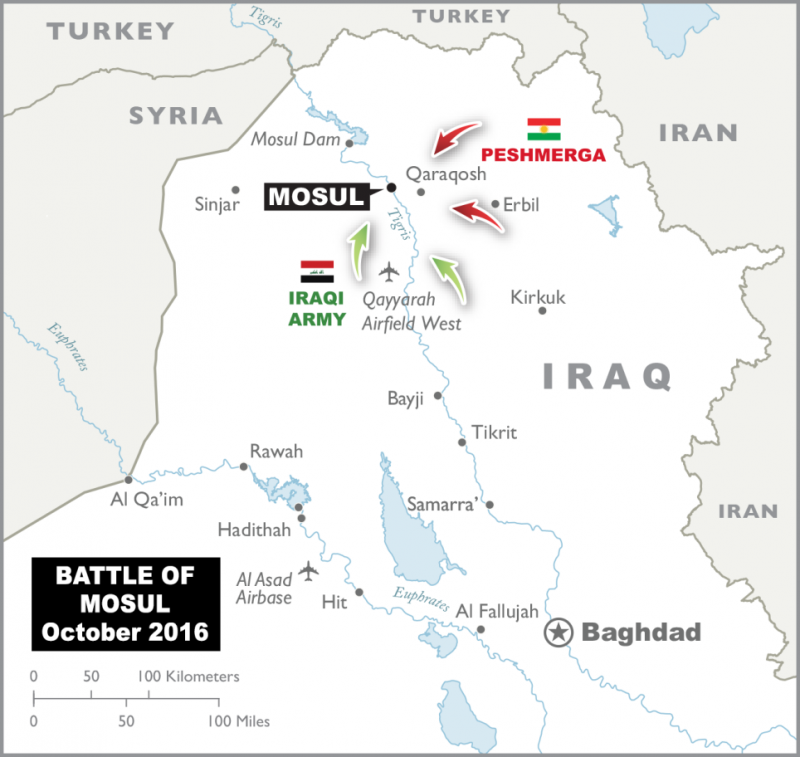 With IS’s power waning, particularly in Iraq, the battle for Mosul promises to be costly, fierce, and brutal. Indeed, witnesses within Mosul have reported that IS forces are sending suicide squads from Syria, armed with suicide vests or otherwise preparing vehicle-borne suicide bombs. Perhaps more distressing is that fact that not only is Islamic State performing “retribution killings” in newly liberated villages, but is also using civilians as human shields against encroaching coalition forces [2]. On October 21 alone, 284 men and boys were executed by IS militants as coalition forces drew closer to Mosul [3].

Despite these horrific atrocities, coalition forces were reportedly “hundreds of meters” from Mosul on October 31, and as of the time of this writing will likely be either within the city or very nearly so [4]. Given the strength of IS forces relative to the much larger coalition against which it finds itself fighting, it is not unreasonable to suppose that when – and it is more a question of when, than if – coalition forces retake Mosul, it will mark the beginning of the end for IS in Iraq.

However, as is often the case in the Middle East, this presumptive victory will be far from decisive. Indeed, while a military victory over the Islamic State will likely be, for lack of a better word, the “easy” part, dealing with the aftermath of that victory will prove to be the true challenge. As has been made evident in the ongoing conflict in Afghanistan, the American military and the officials that direct military policy were, and continue to be, woefully unprepared for and ignorant to the vagaries of the cultural and political environment of the region. Retired General Stanley McChrystal, who led President Obama’s “surge” in Afghanistan, admitted as much on the 10th anniversary of the invasion of Afghanistan, stating that the US began the war with a “frighteningly simplistic” view of that country [5]. And while General McChrystal’s admission is admirable in its frankness and humility, it is nonetheless a telling indictment of US Middle East policy for the last several decades. Dr. Alam Payind, Director of The Ohio State University’s Middle East Studies Center, corroborates as much, stating:

Unless … the US-led coalition understand[s] the major reasons fueling the ongoing conflict, none of the parties involved will succeed … [6]

Dr. Payind was referring to a quote from 2009 by General Michael Flynn, General McChrystal’s Chief of Intelligence, who stated that the US military had not attempted to a necessary degree to “truly understand the population [of Afghanistan]: the tribal dynamics, the tribal network, the ethnicity and so on.” General Flynn continued by saying that “[the US military was] not more than fingernail deep in [its] understanding of the environment” [6]. Unfortunately, such a grievous error in the calculus of US policy towards Afghanistan has also manifested itself in US policy towards Iraq; thus, despite territorial gains by coalition forces in recent days and weeks, there does not exist a formal mechanism to deal with the fallout over the presumed defeat of IS forces in Iraq. 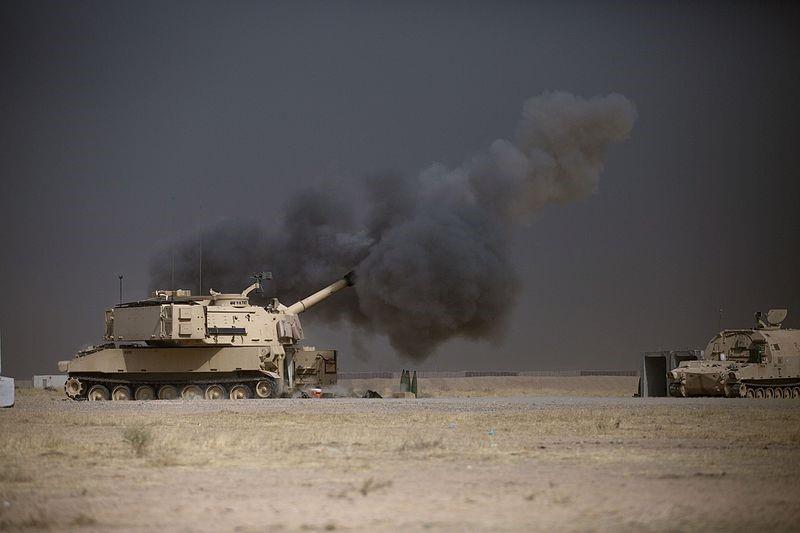 The US is not alone in its failed policy within the region. The Iraqi government itself, dominated by a Shi’a majority, has done little if anything to foster an environment inclusive of Iraq’s significant Sunni minority, Kurdish population, and other minorities. On a fundamental level, part of the issue is that there are few, if any, reliable statistics as to the true demographic divide between Sunnis and Shi’as in Iraq. The CIA estimates that some 60% to 65% of Iraq’s population is Shi’a, with the remaining percentage being split up amongst Sunnis Arabs and Kurds; however, other sources show the split as being relatively equal. Shi’as, who came to power following the US invasion of Iraq in 2003, dismiss the latter statistics as doctored; conversely, Sunnis reject the notion of a Shi’a majority based on a number of factors, and blame the rise of the Islamic State in part on the Shi’a sectarian agenda pursued by former Prime Minister Nouri al-Malaki following the withdrawal of US troops in 2011 [7].

Further complicating this matter are the Kurds, and by extension Turkey, who are both US allies fighting ISIS but are also fighting each other. Turkey, one of the US government’s greatest allies within the Middle East, has of late spent more effort targeting Kurdish insurgents – of whom some have made territorial gains within Syria, much to Turkey’s chagrin – than it has spent against IS forces. The Kurds themselves are not a homogenous entity, but are rather comprised of a number of disparate factions with equally disparate agendas and allegiances. For instance, the PKK, the Kurdistan Workers’ Party, is pushing IS forces out of areas that group previously controlled, but is also considered a terrorist organization by the US, EU, and Turkey [8]. The YPG, another Kurdish group allied to the US, has also made territorial gains along the Turkey-Syria border. However, Turkey claims that the YPG is closely linked to the PKK, and is thus determined to prevent further incursions along its border by Kurdish fighters [9]. Curiously, Turkey currently enjoys a relatively friendly political and economic relationship with the KRG, the Kurdish Regional Government in Northern Iraq. This relationship may prove to be problematic in the challenges of the post-ISIS landscape, however, if Turkey continues to strengthen ties with the KRG while rocking the proverbial boat with the Shi’a-led Iraqi government [10].

The complexity of the Kurdish situation – both in relation to increased tensions between Kurdish groups and Turkey, and repeated calls for Kurdish autonomous regions in both Syria and Iraq – presents a distinct challenge for policymakers. Conflated with this challenge are calls for autonomy from other minority groups within Iraq, namely Iraq’s Turkmen and Christian minorities [11][12]. If the US and Iraq governments are to have any hope of establishing peace and stability in the region following the defeat of IS, it is incumbent upon them to institute a number of political and social reforms that are inclusive of all Iraq’s disparate groups, not merely the ruling Shi’a party. Further, the US must make a greater effort in understanding the complexities of Iraq’s sociopolitical dynamics, using past failures in both Iraq and Afghanistan as a model through which to pursue objectives that will rid the Middle East of IS without further alienating local populations through indiscriminate military action and entirely inadequate cultural awareness. If the US is unable to learn from the panoply of failed policies in the Middle East, and if the Iraqi government is unable or unwilling to observe the constitutional rights of all its constituents, then any military victory against Islamic State is simply window dressing that obscures the many chasms that helped birth IS in the first place.