Self Defense Training in the Middle East: More Than a Rape Prevention Strategy

Self Defense Training in the Middle East: More Than a Rape Prevention Strategy 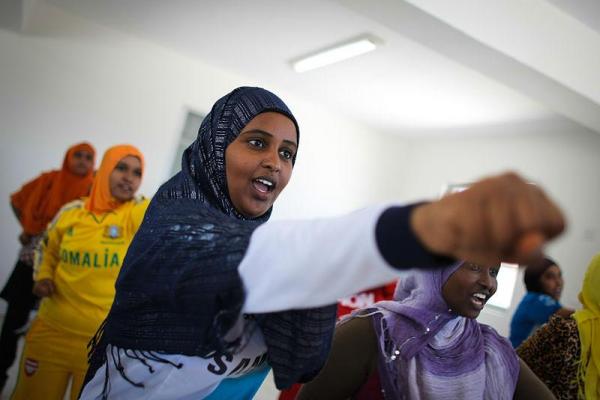 “Women don’t know how strong they truly are,” says Lina Khalifeh, founder and owner of SheFighter, the first Middle Eastern self-defense academy and martial arts studio designed solely for women. After hearing of a close friend being repeatedly beaten by her male relatives, Khalifeh came up with the idea for “SheFighter,” a self-defense and martial arts studio dedicated to helping women feel independent, empowered and in control. What once began in her home basement in 2010 grew into Khalifeh opening her very own gym in Amman just two years later. Since its opening in 2012, SheFighter has trained over 12,000 women in martial arts, self-defense and fitness. SheFighter works with women and girls from ages 15 to 30, encouraging amongst them a sense of autonomy and strength. (1) The academy has faced opposition from the female community in Jordan, as some women believe self-defense training is dangerous or even useless. Khalifeh believes this reaction is a reflection of the continued sexism women face, as many believe they aren’t strong enough to defend themselves. By encouraging them to take control over their fitness, Khalifeh believes more women can feel capable of fighting back against oppression. (2)

Perhaps the most empowering aspect of encouraging self-defense training is the notion that women are saving themselves.  Not only do women face oppressive gender norms in many contexts, they also contend with Western hegemony.  As Lila Abu Lughod describes in her text Do Muslim Women Really Need Saving?, “it is deeply problematic to construct the Afghan woman as someone in need of saving. When you save someone…you are saving her to something” (3). The notion that Middle-Eastern women must be reliant on outside intervention to save them from oppression diminishes and devalues the strength of Middle-Eastern women ready to fight against injustice. Although the Western world might see themselves as vanguards for equality, it is troubling to perpetuate that Middle-Eastern women cannot be powerful or determined enough to make real change on their own. By giving women an opportunity to invest in their fitness and self-defense techniques, a true sense of independence and autonomy can blossom. 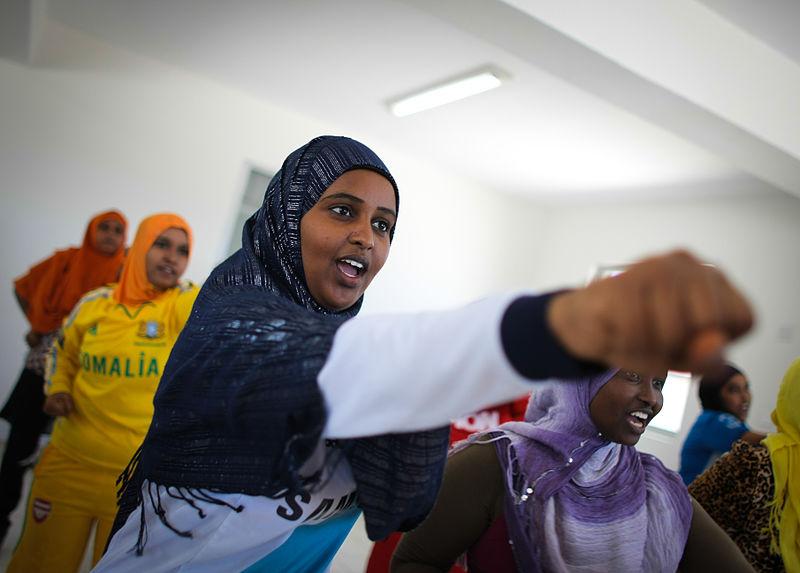 Some regions have also taken the initiative in encouraging women to train in self-defense and the martial arts. For example, in Kurdish region Rojava, women engage in entirely female protection forces, a reflection of the community’s commitment to equality and empowerment. The Rojavan community is based on a communal economy and self-governance, where women have equal status in property law, forced and/or underage married is banned, and quotas have been implemented at all levels of politics for women. (4) The women’s defense units (referred to as the YPJ) are the only all women fighting troops in the world. Volunteers have travelled from all over the world to see the Rojavan women dedicated to combatting Daesh (ISIS) in action, fighting in the military group of almost 7,000. (5) The YPJ have been notably crucial in liberating regions under Daesh control in Syria, and leave a certain psychological impact on the men they’re fighting. This impact is largely because Daesh believes being killed by a woman is disgraceful and dishonorable, therefore they fear of having to fight the female troops. (6) By serving in the women’s protection forces, women in Rojava have a deep sense of independence and strength, and allows them the opportunity to protect and advocate for other women in the Middle East. 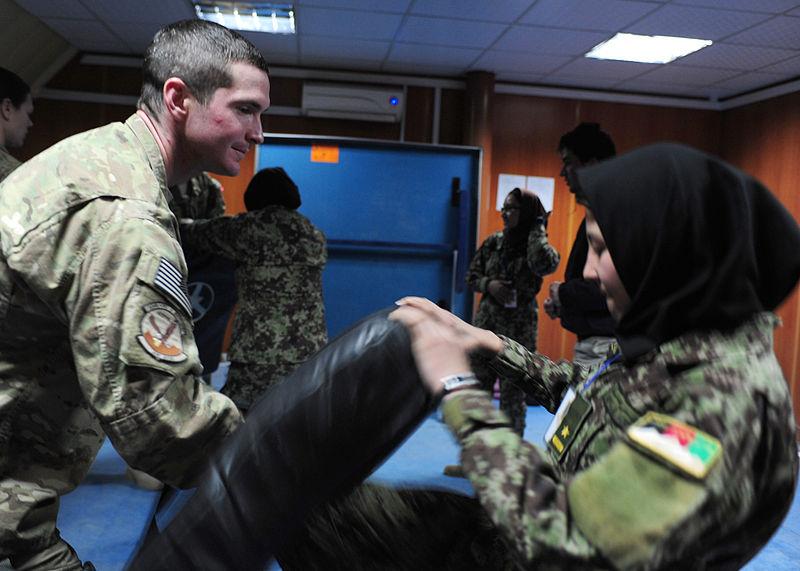 While many regions are making great strides in promoting physical fitness for women, many countries in the Middle East are trailing behind in allowing women to engage in self-defense programs and the martial arts. In places like Egypt and Iran, where sexual harassment is almost commonplace, resources are scarce. In Egypt, 99% of women said they experienced sexual harassment in 2013. (7) To help combat this trend, Tahrir Body Guard began offering self-defense classes, where women can learn simple techniques to target vulnerable areas, yet other opportunities to engage in fitness and/or martial arts are limited. (8) HarassMap, a program designed to encourage bystanders to prevent sexual harassment where they see it, hopes to work with SheFighter to organize a women’s self-defense seminar in Egypt in the future. In Iran, one of the most gender segregated countries in the world, women are training in secret to learn martial arts like Jiu-Jitsu. These women, who are passionate about learning how to defend themselves, head to the gym after-hours, where the owner has agreed to let them train secretly. (9) While this group of Iranian women are trying desperately to come out of the shadows and encourage others to take charge of their physical fitness, the message is clear – whether it be out in the open or behind closed doors, Middle Eastern women want to feel empowered in the face of sexual harassment and violence.

It is apparent from all of these cases of military and martial arts training program that many women across the Middle East are standing up to violence and oppression. It is important to point out that these cases are merely the tip of the iceberg with regard to the native feminism which has existed for a long time in these regions, and the bravery of the women there. It existed for a long time, but this side of life doesn't receive much recognition in the West.  Feminism takes many forms, but this particular phenomenon of physical training for women in multiple countries of the Middle East provides a vivid image of female strength, which is not seen often enough in the media. When statistics about sexual assault and other forms of violence against women are reported, the effect is disheartening, but can also leave a sense that there is something amiss in the cultures of the Middle East. This post is an attempt to provide additional context for those statistics.  The reader should also bear in mind that the Middle East is not unique with regard to this problem.  Women everywhere are affected.