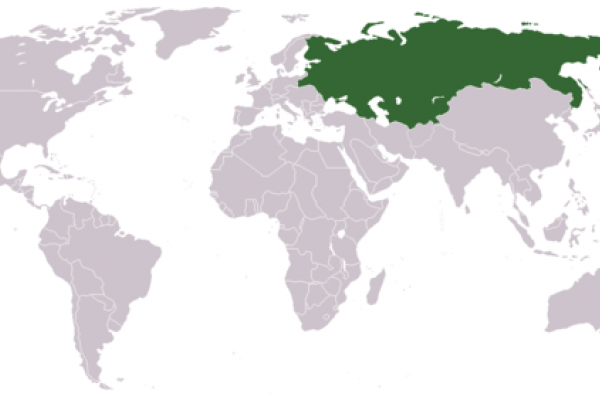 To most readers, the idea of cracking open a book on Central Asian history sounds unpleasant. Unfamiliar places and strange names tend to throw off most western readers, since they cannot relate to them in a meaningful way. That is not the case with Peter Hopkirk’s seminal work The Great Game, a book which combines wonderful writing with fascinating characters and unusual settings.

‘The Great Game’ was coined by a young British intelligence officer and references the struggle for political and economic ascendancy in Central Asia between Tsarist Russia and Victorian England (with Persia and Imperial China making occasional appearances) from the end of the Napoleonic Wars until the eve of World War One. This battle was not of armies but of individuals. It is a period of history that is not generally touched upon, and historical discourse is poorer for it. Spies, explorers, military officers and cartographers played dangerous games of cat-and-mouse in the high passes of the Hindu Kush and Pamir mountains, branches of the Himalayas, often with their lives on the line. During this time the British were concerned about Russian designs on India, their imperial crown jewel, and jealously sought to protect it from Tsarist aggression and intrigue.

Central to this sweeping geopolitical struggle was Central Asia itself, with Afghanistan being a principal actor. It became the epicenter of what can only be described as a proto-Cold War between the two great imperial powers of the time. The history of Afghanistan is long, complex and rich. It has been the crossroads of empires and religions for centuries. Many have tried, and failed, to conquer and subdue it such as the Persian empires of antiquity and modernity, various Indian empires, Alexander the Great and the Arab caliphates. Even Afghan leaders struggle to exert control over the various and often hostile tribes of their country. This stubborn resistance to previous conquerors was no less intense when the British Raj and Tsarist Russia began to confront one another for political ascendancy in this mountainous Central Asian country. Despite the two empires never coming to direct blows in Central Asia, the legendary resolve of Afghanistan to resist foreign subjugation eventually led to three Anglo-Afghan wars between 1839 and 1919.

Hopkirk briefly shifts focus from Central Asia to the Caucasus mountains where the Russian, Ottoman and Perisan empires met. Here the British did their best to stymie Russian territorial ambitions, for fear that they would trickle down to their Central Asian interests. This stage of the Great Game was not as prolonged but did play an important role. The friction between the empires in the Caucasus and Black Sea region eventually erupted into the Crimean War of 1850-1853, the only time during the Great Game period when Great Britain and the Russian Empire came to blows. 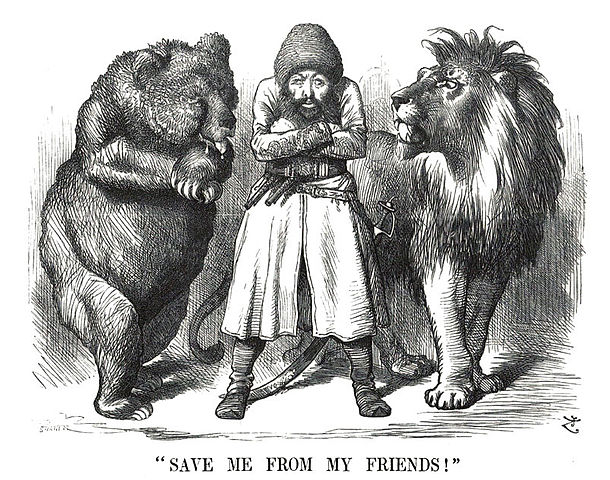 Hopkirk, a master British journalist and expert on the region, skillfully guides the reader through this unfamiliar terrain with ease through his engaging writing. Unfamiliar places, people and events at once become easily understandable through his wonderful word-smithing and in-laid maps. The Great Game expertly captures the reader’s imagination and often romanticizes the adventurous and dangerous lives these British and Russian officers often led while not shying away from accurately reporting the butchery that accomapnied both empires' ambitions.

While the book may be an easy read it is not for lack of research or facts. Hopkirk spent years researching individual diaries, classified records and visiting the locations of the Great Game. His work on the 19th century Cold War, and on Central Asia in general, is as thorough as any academic could hope for. The book is expertly researched and cited throughout, though not to the disturbance of his narrative. At times, the events described on the pages of this book seem to defy reality with the sheer audacity of some of the individuals described within.

The Great Game is an unusual gem in the realm of historical works. Its ease of narrative, when combined with Hopkirk’s meticulous research, make for a wonderful read. The historical context it provides on the region, particularly Afghanistan, is especially important to understand given the recent and extended American involvement in that mountainous country these past 16 years. It would be well recommended to any self-professed history buff and is sure to be a wonderful addition to any academic interested in the region.