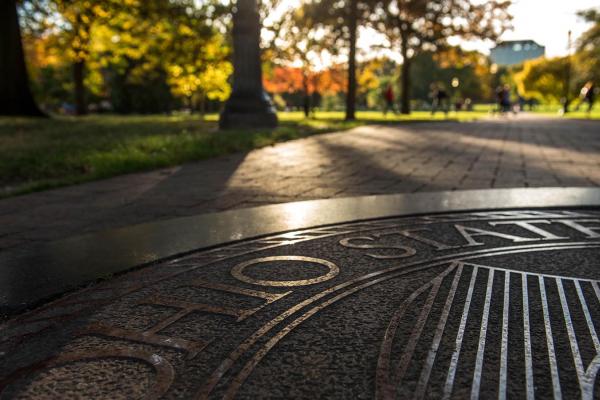 One of the several hurdles facing Kurdish efforts for independence comes in the form of natural resources. The various Kurdish populations in the Middle East find themselves atop some valuable resources which their host governments would be loath to relinquish to them. These two resources are oil and water, both having been the cause or near-cause of war in the Middle East on several occasions.

Iraq is OPEC’s second largest producer of oil at 4.32 million barrels a day, according to the government (#1). Iraqi Kurdistan is a vital oil producing segment of Iraq’s output. Kurdistan is currently sitting on an estimated 45 billion barrels of reserves, and produces roughly 600,000 barrels per day – roughly the oil output of Qatar. The oil fields of Iraqi Kurdistan are also of interest to foreign oil comapnies. Firms such as London-based Gulf Keystone Petroleum and Norwegian DNO ASA are currently invested in the semi-autonomous region, the Norwegian firm being the bigger of the two, and are pumping tens of thousands of barrels a day (#2). Russian oil firm Rosneft recently signed a 20-year deal to develop Kurdish oil fields. American oil giant Chevron is also invested in the region, striking an agreement with the KRG in 2012, although their operation is nowhere near the size of the other firms.

With so much investment and potential in Kurdistan’s oil, what possible downsides could this present the KRG in the upcoming referendum? There are several…

In recent years, during the war against ISIS, the Kurds have come to control some oil producing territories that previously fell under the central government. One of these territories is Kirkuk; another important oil producing region that has traditionally been under Iraqi, not Kurdish, control. Additionally, it is a majority Arab area, although a considerable Kurdish minority resides there. But during the war with ISIS the KRG (Kurdish Regional Government) gained control of the oil rich province and has since refused to leave it, causing friction with central government. To add insult to injury the province of Kirkuk will be participating in the Kurdish independence referendum, much to the ire of Baghdad. This will present a point of serious contention once the referendum is held (#3). 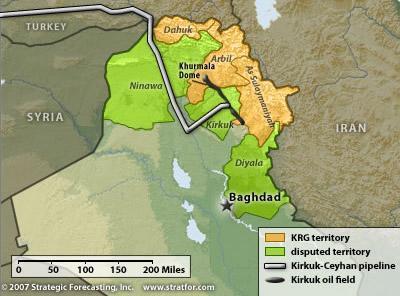 Another obstacle in the path of Kurdish oil production is the central government of Iraq itself. While the region is semi-autonomous, drills its own oil and profit shares with Baghdad, Iraqi Kurdistan has difficulty getting its product to market. Early in 2014, a dispute between the KRG and the central government over whether the Kurds could sell to oil companies without Baghdad’s approval dramatically flared and resulted in a halt of profit-sharing which led to financial instability for Iraqi Kurdistan (#4). While this was put aside in the face of the ISIS invasion of Iraq in early 2014 it hasn’t entirely gone away and presents yet another sticking point.

Out of this contention with Baghdad, Iraqi Kurdistan has found an unusual customer for its oil; Turkey. Turkey and the KRG are on relatively good terms, an odd state of affairs, to be sure, given the generally violent history between Turks and Kurds. Despite historical and sometimes political animosity, Ankara and Erbil have done a remarkable job of maintaining cordial relations both politically and economically. This has led Turkey to take a more nuanced position in its opposition to the referendum. While it does not want an independent Kurdish state whipping up separatist sentiments at home, the oil from Iraqi Kurdistan could prove very beneficial economically.

The other Kurdish populations around the Middle East also sit on valuable and very contentious resources. In Turkey, the Kurdish majority is clustered around the headwaters of the Tigris and Euphrates rivers, vital life lines in the region. Turkey has invested large sums of money, time, and infrastructure to harness these historic rivers for hydro-electric power, irrigation and drinking water. If the Turkish Kurds gained independence then Turkey would lose one of its most significant investments of the 20th century, something Ankara is unlikely to let slide. If the Kurds were to gain control they would also have complete control over the main source of water for both Syria and Iraq.

In Syria, the Kurdish areas also sit on large oil reserves, something the Assad regime will be unwilling to part with. The Kurdish territories, known as Rojava, are also bordered by the Euphrates River, giving the Kurds another hand on the water supply of Iraq and Syria. At this point in time the regime and Kurdish forces have refrained from confrontation, but as ISIS and other Syrian opposition groups fall it is only a matter of time before they come to blows.

Luckily, or unluckily, the Kurds of Iran don’t possess any significant natural resources and so do not face the same set of dilemmas as their Syrian, Iraqi or Turkish countrymen do. While these other factions and resources play into the larger question of Kurdish independence and future bids for autonomy or independence, they do not directly affect the referendum due to be held in Iraqi Kurdistan.

Oil has been a point of contention in the Middle East for decades. Given Iraqi Kurdistan’s unique position and contentious relationship with the Baghdad central government, it appears as though oil will continue to play an important role for some time to come.