A Bear in the Desert: Russia’s Increasing Involvement in the Middle East

A Bear in the Desert: Russia’s Increasing Involvement in the Middle East 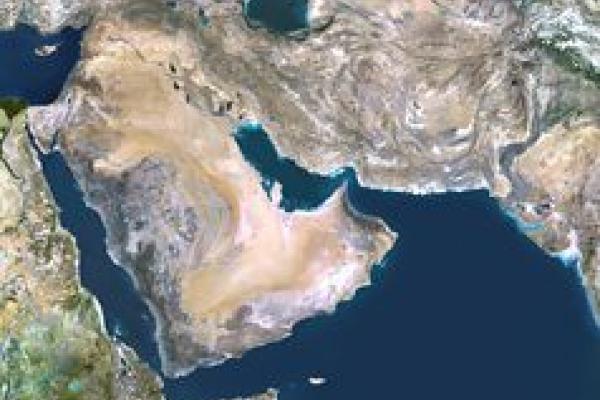 For the past four decades the United States has found itself increasingly committed to developments in the Middle East. Its involvement has made it one of the region’s major players, significantly altering the calculus of every state in the Middle East from Tripoli to Tehran. With such great power and influence also comes great strife and challenge.  At the same time, Russia and former Soviet Union played the role of "the other 'Superpower'" in the region, creating a significant source of tension for U.S. involvement which continues to this day.  It is also easy to draw parallels to the Great Game of Russia and Great Britain which took place in the 19th century.

Whatever the merits or drawbacks of American policy in the Middle East up to this point, and there have been a great many drawbacks, the overall result has been a deeply destabilized region. As stability decreases, a power vacuum is formed and accordingly a power must step in to fill it. For the nearly the last three decades the United States of America has been simultaneously creating vacuums and stepping into them. But this has changed as of late. Beginning with the Obama administration, the US has been slowly attempting to extricate itself from the region. This has accelerated as America’s current tepid diplomatic and political climate favor a less involved Middle Eastern policy. And so, as the United States attempts to withdraw itself, another vacuum is formed and another actor must step into the breach.

Under the auspices of Vladimir Putin and his experienced foreign minister, Sergei Lavrov, the Russian Federation has seen a dramatic increase in its involvement in the Middle East. In recent years, Russia has been ratcheting up its diplomatic, economic, and military relations with countries all over the Middle East and North Africa. But what has prompted this escalating involvement? Dr. Richard Herrmann, the former director of the Mershon Center for International Security Studies at Ohio State, has spent years in the State Department and has dealt with Russian foreign policy for years. To Dr. Herrmann, the Russian motivations are simple enough to grasp.

“It [Russia] is concerned that United States policy in the Middle East has been very destabilizing and very poorly thought out, beginning with the invasion of Iraq and everything which subsequently followed it”

Russia is concerned about regional instability for the simple reason that it’s closer to the Middle East than the United States is. Since it is closer, Russia has to deal with the immediate effects of instability more than the United States does. Since the end of the Cold War Russia has had to contend with multiple high casualty attacks from Islamist groups originating in the Muslim majority areas formerly under Soviet rule such as the Caucasus and Central Asia. It is the view of the Russian government that instability in the Middle East agitates and expands radical Islamist influence both within Russia and the areas south of their borders. Russia resents America’s destabilizing Middle East policies because they have to pay the price in the form of rising radical Islamism. Russia’s solution to America’s policy, which has resulted in power vacuums, instability, and conflict, is to assert itself as the regional power and to stabilize the region.

Russia has a rather straight forward and pragmatic policy when it comes to the Middle East and, more broadly, the Muslim world that borders its south. In short, it seeks to ruthlessly combat radical Islamist groups and foster secular governments which are friendly to Russia. While this policy may sound similar to US aims in the region it has a decidedly different tone to it. For American foreign policy, the promotion of democratic ideals figures greatly into which allies it promotes and what policies it pursues (although this has clearly not been the case on many occasions). For Russia, no such calculus exists. They don’t care if they’re working with an autocrat, a monarch, or a duly elected head-of-state, so long as the governments they support are secular and work to repress radical Islamist groups the Russians will lend their help. This allows Russia a freedom of movement that the US can’t exercise, giving them an edge in the region. 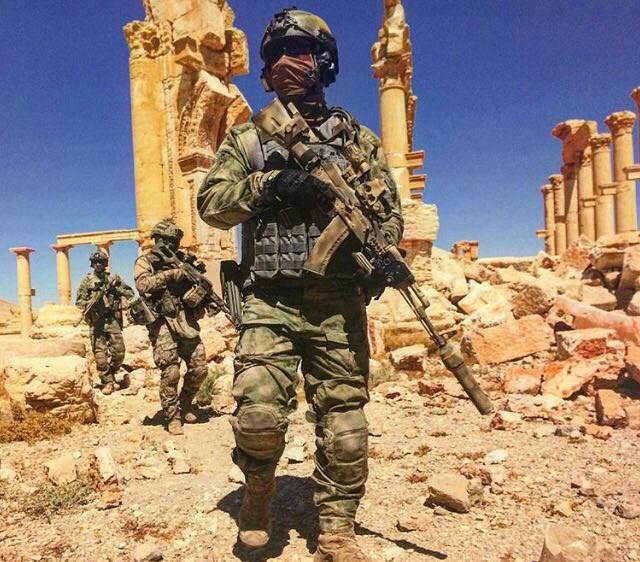 Russia has sought to increase its influence in the Middle East in a number of ways. First, Russia has been involving itself diplomatically with multiple other countries around the Middle East. It has extended diplomatic overtures to Saudi Arabia, Lebanon, Egypt, the UAE, Oman, and Libya’s two governments1. It has increased its involvement in the Russian-Arab Cooperation Forum, has engaged in strategic dialogue with the Gulf Cooperation Council, and has used its position as observer state in the Organization for Islamic Cooperation to “expanding reciprocity and developing partnerships”2.  Its primary diplomatic venture, however, centers on acting as the leader of the peace efforts for the Syrian Civil War.

Since its intervention in 2015, Russia has encouraged Assad, and most of the involved countries and groups, to participate in peace talks under close Russian supervision in Astana (Kazakhstan’s capital) or in Sochi in Russia itself. Russia views these peace talks as their primary diplomatic goal in the region. Should they succeed it would cement Russia’s diplomatic supremacy in the region. As such, Russia has jealously guarded the role as the primary peace broker in the region, has painted UN, and American, sponsored talks as abject failures, and has actively sought to block America from the Astana and Sochi talks. Dr. Herrmann believes that this is a part of Russia’s overall goal in the Middle East;

By blocking America from its peace processes and showing their diplomatic overtures in Syria as ineffective, Russia has begun to demonstrate to the states of the Middle East that it is now the primary diplomatic power in the region. In the future, Russia hopes that success in Syria will cause Arab states to defer to Russian diplomacy and assistance instead of American influence. As this shift continues, America could see itself becoming increasingly stone-walled and excluded in the Middle East.

Second, Russia’s military intervention in Syria has played a key role in its growing influence. It has been able to effectively intervene in the Syrian civil war. It has been able to intervene in a limited yet effective capacity that has reduced Russia’s costs while achieving its limited goals of keeping Assad’s secular government in power. It has been able to do this while boxing out America and its allies and ensuring that their anti-Assad agenda fails. Russia has been so successful that it has now begun withdrawing from Syria3. Putin can point to the success of this brief 2-year intervention as far more effective model of involvement in the Middle East than the America intervention in Syria and its invasion of Iraq, both of which it characterizes as unorganized, short-sighted, and deeply unsuccessful. This again could gradually cause states in the Middle East to favor Russia military assistance in the future over American help.

Finally, Russia has expanded its influence in the Middle East with a combination of economic and military investment. Russian oil firms Rosneft and Gazprom have been buying concessions in Iraqi Kurdistan, developing Iranian oil and gas interests, and striking energy deals in Egypt and Saudi Arabia4. In addition to developing their energy diplomacy, Russia has been beefing up its military aid. In addition to arming Syria and Iran, Russia has been selling more weapon systems to Egypt, Saudi Arabia, and Turkey5. These three countries, which receive military aid primarily from the United States, are now being slowly drawn into Russian orbit.

Additionally, Russia has been increasing its ties to the various Kurdish factions in the Middle East. While increasing its diplomatic and economic ties with Iraqi Kurdistan, Russia has been meeting and coordinating with Syrian Kurds for some time in a bid to bring them in on the Syrian peace process6. Dr. Herrmann believes that Russia is using the Kurds as leverage against Turkey and that, should push come to shove diplomatically, that they would abandon the Kurds in a manner similar to the United States. Russo-Kurdish relations should be viewed with a metaphorical grain of salt.

Russia has been using various methods to increase its influence in the Middle East over recent years to the detriment of American power in the region. Through a combination of diplomacy, energy development, and military assistance Russia has begun to assert itself as the principle power in the region, stepping into the power vacuum left by what it views as the inconsistent, destabilizing, and short-sighted policies of both the Obama and now Trump administrations. As this trend continues America may find itself increasingly boxed out in the region and that could potentially have negative impact upon American foreign and security policy in the future.

A special thanks to Dr. Richard Herrmann, Department Chair of Political Sciences and former director of the Mershon Center for International Security Studies at The Ohio State University