Representations of “the East”: A Hands-on Curriculum Workshop for Middle School Teachers 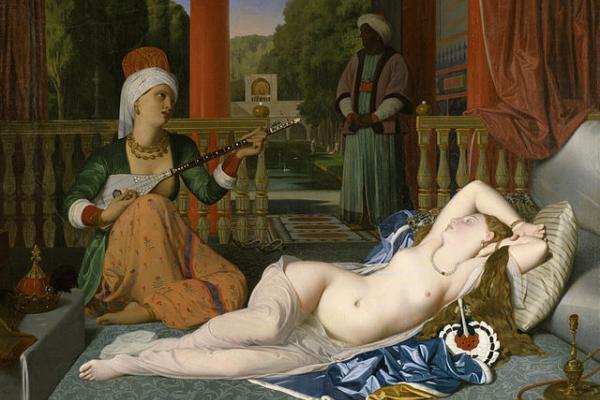 We are hosting the "Representations of 'the East'" workshop on Aug 24th at 8pm ET (online), which will address concepts of 'cultural diffusion', imperialism, and prominent ideas about the Middle East and Islam based in imperial histories.  Middle School teachers will find this material useful, and especially 6th grade teachers.  Please share this page, or the event on Facebook! Thanks so much.

The workshop features guest speaker, Dr. Özlem Sensoy,  Associate Professor of Education at Simon Fraser University, and affiliate of the Centre for the Comparative Study of Muslim Societies and Cultures at SFU.  She will cover several prominent stereotypes that have their roots in imperialism, and we will take the knowledge and create or revise popular curricular materials accordingly.

This is the first in a series of online curriculum workshops for culturally relevant teaching about the Middle East.  We will address patterns of representation which undergird the most common stereotypes of the Middle East. The workshop will result in specific activities for the classroom, as well as images to use.  Dr. Sensoy's masters degree is in Middle East Studies from the University of Washington. She is affiliated with the Centre for the Comparative Study of Muslim Societies and Cultures at SFU, and has been conducting workshops and working with teachers,administrators, and preservice teachers on Islamophobia since 2003 in Canada and the United States.

The workshop will be facilitated by the Assistant Director of the Middle East Studies Center at the Ohio State University, M.A. in Near Eastern Languages and Cultures, and doctoral candidate in Global Education, Ohio State, Melinda McClimans. The curriculum development portion will focus on images in the media. It will be hands-on, revising existing texts and creating new curriculum based on Ohio’s standards for Middle School. We will brainstorm as a group, conduct internet searches, and address the question “How do we imagine the Middle East?”.

Dr. Sensoy will present on common representations of the Middle East and the "imperial logic" behind them. Activities will explore “cultural diffusion" , and dive into the meaning of “tradition". The idea of “empire", how it has evolved, and what it has meant to the religious and cultural communities of the Middle East. We will analyze excerpts from textbooks to delve more into cultural diversity of the Eastern hemisphere and historial context for cultural change over time.  We will look at the age of exploration and globalization from perspectives of the Middle East.

Reading informational texts, Content statement 7 “Integrate information presented in different media or formats (e.g., visually and quantitatively) as well as in words to develop coherent understanding of a topic or issue."

Source: Text Book by Zimmer, Jarrett, and Killoran, Regions and Cultures of the Eastern Hemisphere, 2014, p. 115