Reckoning with Minority Community Rights in Turkey, and the Parallels to Black Lives Matter 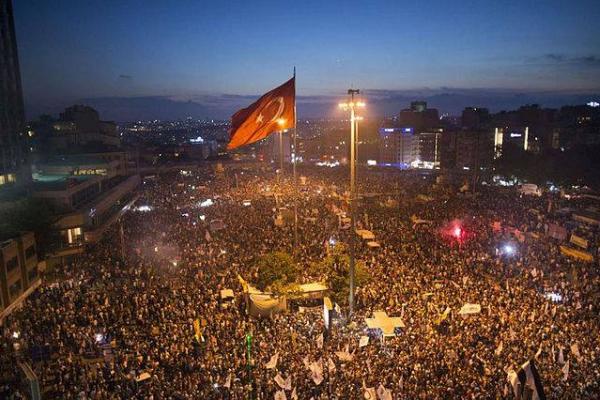 5:30PM - 6:30PM
Location
Zoom (Meeting ID and password will be provided upon registration)

The Middle East Studies Center brings you an event focused diversity of religion in the Middle East region and a look at the Alevi community in Turkey, a sect related to Shi’i (Shi’ite) Islam and mystical traditions. Regional religious diversity and the complex social, economic, and political differences were brought to light by the Gezi protests of 2013, including the marginalization of Alevi communities in Turkey. The presentation will be for a general audience but we will provide perspectives and information of interest to academics, journalists, and independent researchers, as well. After the presentation we will open the floor to a Q&A session. Audience members will then be able to share their knowledge and/or personal experience of these issues. We plan to have a meaningful conversation and will seek to create an atmosphere free from politicization, open to learning and understanding these issues more deeply. Presenters will include Professor Ayfer Karakaya-Stump (William and Mary University) and Professor Alam Payind (Director of the Middle East Studies Center at Ohio State University). Dr. Melinda McClimans (Assistant Director of the Middle East Studies Center at Ohio State University) will serve as moderator. The event will take place on Zoom. Register here for the event and you will receive the link and password.

The Gezi Park protests were famously motivated by urban development projects which ran rough-shod over common areas and green spaces but also by social policies which favored religion as part of national identity, and specifically Sunni Islam. The government framed the protests as Alevi in nature (Karakaya-Stump, 2018) as the police targeted Alevi protesters.  In reality protesters came from a variety of backgrounds, united against authoritarian government policies affecting all citizens. Gezi Park protests were about three main things: removal of public green space in Istanbul, Erdogan’s authoritarianism, and imposition of conservative Sunni Islam. Many different motives were present, however, as the brutal ousting of the initial protesters sparked outrage across Turkey. Police brutality seems to be one of the key factors in a global trend of the millennial generation taking to the streets on a variety of fronts (Milkman, 2017; Patton, 2013). But not many people know about the effect of police brutality on the Alevi communities of Turkey, specifically. According to reports (Hurriyet, 2013), seventy eight percent of those detained by police during the protests were Alevi adherents. Seven of those killed in the ensuing protests, which took place all across the country, were Alevi (Karakaya-Stump, 2018). But, why? In the 1970’s Alevis were targeted by pogroms across the country, and were subject to further marginalization under the 1980’s regime. By framing the Gezi protests as Alevi protests the government was putting a negative spin on the news coverage in the eyes of conservative Sunnis, intolerant of Alevi religious heterodoxy. The panel will attempt to address a variety issues and discuss how they are similar or different from Black Lives Matter.  We will hold a discussion with the audience about these issues and how they seem to play out in police profiling and other forms of discrimination.

This presentation is part of the Area Studies Centers' Diversity Lecture Series, a lecture series on links between the Black Lives Matter Movement and communities protesting around the globe. Ohio State is taking a fresh look at the Black Lives Matter movement and how it relates to every facet of knowledge we engage in across all disciplines and from multiple cultural perspectives. The Office of International Affairs, in partnership with the Office of Diversity and Inclusion and curated by the area studies centers, presents a series of events dedicated to exploring the links between the Black Lives Matter movement and diverse communities around the globe. These events are intended to showcase different perspectives about the issue of racism in the U.S. and the world; to remind us of the interconnectedness of the contemporary world; and to spark reflection about the consequences of the tragic reality that some communities are treated as though they matter less than others.

Sponsored by: The Office of Diversity and Inclusion, the Office of International Affairs, and the area studies centers.