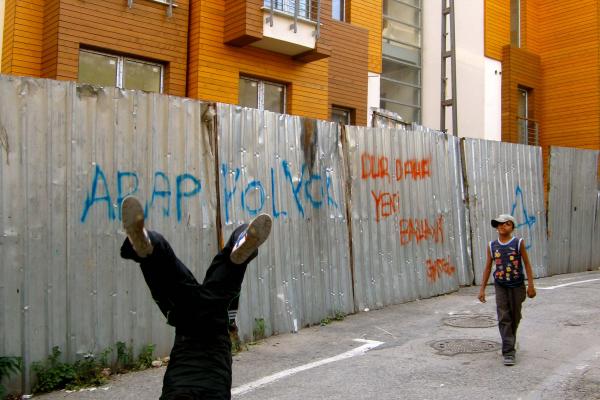 This talk presents research that examines Romani (“Gypsy”) identity in Turkey in light of conflicting claims to belonging in the city, the nation, the European Union, and the “global village.” While Turkey’s Roma are being actively integrated into minority politics, they are also facing the dissolution of their communities, traditional occupations, and cultural life as privatization and land reforms dislocate the urban poor to state housing units in the name of improvement and ‘renewal.’ At the same time, international rights organizations are supporting counter-hegemonic state narratives via minority and human rights discourses that both enable and limit the boundaries of Romani identity. The talk will compare three cases that locate the intersection of urban space, state-led reforms, and Romani belonging in dance practice: 1) competing Hidrellez events that strategically place dance on the street or on the stage; 2) dance classes for dislocated Romani children that codify and stage social dance as a folk dance; and 3) Romani performers who travel the global belly dance circuit.

Organized by: Center for Folklore Studies Department of Anthropology